We have developed an innovative and versatile product in the ShingleBack™ IB stabilizer.

It was initially built for the domestic Australian market and the unique conditions it presents, where the concept was conceived following a customer’s frustration with bit balling. The design proved to be extremely successful, not only eliminating the bit balling problem, but reducing down hole torque and vibration. Due to its success and versatility, it is now being offered to drilling operations worldwide as a viable alternative to sleeve type stabilizers.

The ShingleBack is sold outright as a disposable IB stabilizer that can be used on multiple wells. We specifically moved away from the stabilizer rental market to avoid the traditional gray areas associated with redress, and specifically to avoid the continuous re-welding of hard facing that eventually damages premium steel – resulting in DBR charges or worse. 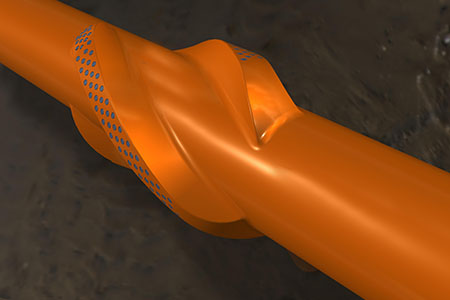 HAVE A PROJECT? NEED AN EXPERT?